‘A journey of a thousand miles begins with a single step.’ (Confucius)

I dived in, perhaps with much ignorance and little thought.

Let’s take a few steps back. I’d finished the house at Warfield towards the end of 2001. At the time I was recovering from a major illness but fortunately my mortgage provider paid off the loan following the diagnosis. Also at that time, I met my partner, Helen, and after a few months, I moved in with her and rented out my house. So with a loan-free property providing an income, I planned a new career in property development, partly inspired by some of the TV programmes. The house was re-mortgaged to provide a deposit and a budget for a renovation project.

Now we step forward again. In fact, many steps because I walked between every estate agent in our local town, Fleet, Hampshire, to register my interest in buying a project house. Eventually my persistence, and perhaps their annoyance, paid off. I was contacted about a property, not yet on the open market, requiring much work.

This was a 1950s semi-detached bungalow on Pondtail Road. It was located just outside Fleet, about a 20-minute walk, in an area of similar properties.

Even though it was on a corner plot, you could be forgiven for denying its existence. The front door, actually located on the side of the house, was accessible – just. The back garden was lost.

At this point I was excited and felt I had to make an offer immediately. I didn’t. Instead my sensible voice told me sternly to talk to my partner and think. So, minutes later I rang and made an offer. Forgive me, I cannot recall if there was any negotiation but a purchase price of £165,000 was, at some time, accepted and the purchase completed in October 2003. Further details of finances can be found later in this blog.

I spent the initial months reclaiming the garden, stripping the old kitchen and bathroom, and planning an extension.

This image shows the final layout with the extension in grey. I apologise for the small size, I’m climbing another mountain or, maybe, a large hill, in learning how to create blogs.

After about eight weeks, with the planning approval gained, I employed a local builder, Jim Cox, to begin work. Jim was recommended by the architectural technician. In turn, Jim recommended a plumber, an electrician, a plasterer and a roofer. In this game, everybody knows somebody who can do the job.

After digging the trenches they’re filled with concrete and when set, trench blocks are laid.

Then come the brick courses, laid up to damp-proof-course (DPC) level. Before the walls are built any higher, a damp-proof membrane is laid, on top of which lies a layer of rigid insulation (it looks silver in the photo because it’s coated in foil). Steel reinforcing mesh sits on top but not directly on the insulation. The mesh is held above the insulation by plastic chairs but not the type you sit on in your back garden. These upside-down-cup-like chairs sit on the insulation, on the top are grooves holding the mesh in place. Then when the concrete is poured to make the ground ‘slab’, the mesh is sandwiched by the concrete, resulting in an extremely strong structure. You may notice some black pipes running across the mesh. Originally this property had a suspended timber floor with vents in the outside walls to keep the timbers dry. Concrete would obviously block these vents so the black pipes maintain the air flow.

It’s about time I showed the inside of the property. These next four photos show the same viewpoint, well almost, at stages before, during and after, looking from the old lounge into the old kitchen (new bedroom one into the new kitchen).

The entire block wall between the old lounge, kitchen and bathroom was removed and rebuilt as a stud wall. To attempt to patch up the doorway and make good the whole wall was too much trouble. In building a new stud wall we could bury some new wiring too. A stud wall is built using vertical timber ‘studs’, with horizontal timber ‘noggins’ to provide a strong framework, the gaps between are filled with insulation and the whole wall covered both sides with plasterboard.

It’s gone. Gone, too, is the wall between the kitchen and bathroom. Now you see how small they were.

With the extension weather-tight, we removed the entire side wall. Keeping, of course, the essentials – toilet and water supply.

…and there it is, all finished. If only building really were that simple.

The next two photos, whilst still of the new kitchen, are of a different angle, looking towards the front.

This image was taken after the ‘first fix’ was complete. First fix refers to all the internal work up to the point before plastering begins. This includes wiring, plumbing and carpentry. You can see the white cable covers fixed vertically and horizontally – these cover the electrical wiring supplying sockets and switches. On the ground under the window to the left can be seen one of the supply pipes for a radiator. Finally, running along the floor around the far corner, a new water supply pipe joins the point where the old pipe entered the property, to where we wanted the new stopcock – under the window to the right. One more point of note here, is the different floor constructions. On the left there is the existing timber suspended floor, albeit with new floor boards, and on the right is concrete. This resulted in a few floor level inconsistencies when the final floor covering was laid both in the kitchen and bathroom. There’s another stage of the learning curve climb achieved.

Just for the record, here’s how that corner turned out.

Being my first major development, even now I’m proud of my achievements. I installed the windows, doors (external and internal), kitchen, tiled the kitchen and bathroom, fitted skirting and architrave and decorated throughout.

Outside, I erected a new fence along the side and back, including two gates.

Some facts and figures:

(These figures are rounded)

At the point of completion, our intention was to sell to make a profit. For reasons unknown to me at the time, it didn’t sell. In hindsight, I believe several factors contributed: location, timing, asking price.

Instead, from June 2005 to July 2012, the property was rented to a sequence of tenants. In total, this property earned £66,795 in rental income. Not bad. However, during that same period there were expenses, not least of which were mortgage payments. The total expenses came in at £55,479, so a net income of just over £11,000. On the positive side, the increase in added-value as a result of the renovation allowed us to re-mortgage it to provide funds for another project.

So it paid for itself, required little maintenance and provided a little income and a budget for another development.

When the last tenants told me they were planning to vacate, we decided to try selling again. This time it sold within days and in October 2012 the sale completed with an agreed price of £247,000. Even with the increased loan to pay-off, a net profit of £48,633 was achieved.

Some lessons were learned:

Did I reach the summit? Eventually, yes, when the property finally sold with profit – but at what cost to my sanity?

3 thoughts on “Climb Every Mountain” 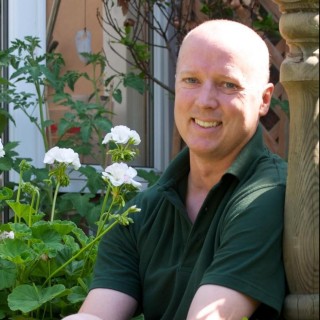 A 40-something Dad gradually finding myself.